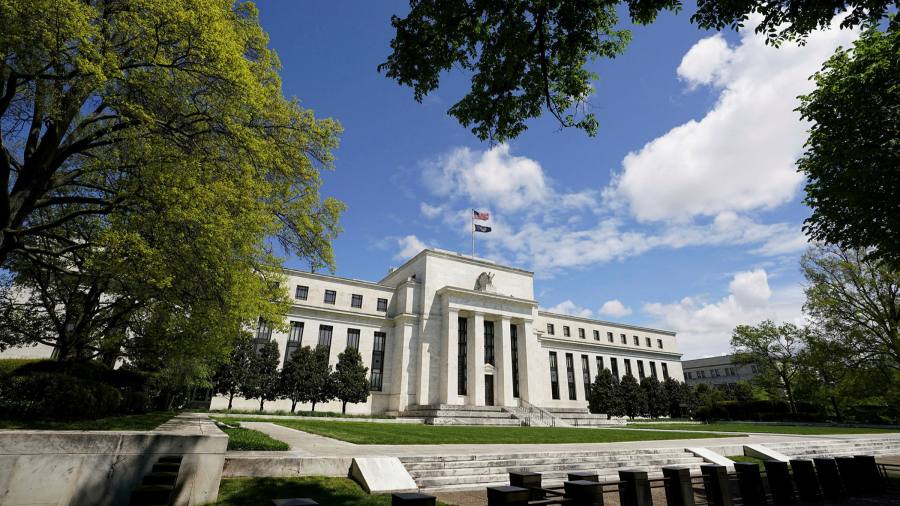 Senior Federal Reserve officials are calling for tougher financial regulation to prevent the US central bank’s low interest-rate policies from giving rise to excessive risk-taking and asset bubbles in the markets.

It also highlights fears at the Fed that the financial system remains vulnerable to new shocks, despite massive central bank intervention this year to stabilise markets and the economy during the pandemic.

Eric Rosengren, president of the Federal Reserve Bank of Boston, told the Financial Times that the Fed lacked sufficient tools to “stop firms and households” from taking on “excessive leverage” and called for a “rethink” on “financial stability” issues in the US.

“If you want to follow a monetary policy . . . that applies low interest rates for a long time, you want robust financial supervisory authority in order to be able to restrict the amount of excessive risk-taking occurring at the same time,” he said. “[Otherwise] you’re much more likely to get into a situation where the interest rates can be low for long but be counterproductive.”

Neel Kashkari, the president of the Minneapolis Fed and a US Treasury official during the global financial crisis, told the FT that stricter regulation was needed to stave off repeated market interventions by the central bank — such as the kind made last decade and again this year.

“I don’t know what the best policy solution is, but I know we can’t just keep doing what we’ve been doing,” he said. “As soon as there’s a risk that hits, everybody flees and the Federal Reserve has to step in and bail out that market, and that’s crazy. And we need to take a hard look at that.”

One of the fears among some Fed officials is that the US central bank could be forced to raise interest rates earlier than it would like if financial sector risks are not kept under control and dangerous asset bubbles emerge.

Lael Brainard, a Fed governor, said in a speech last month that expectations of extended low interest rates were “conducive to increasing risk appetite, reach-for-yield behaviour and incentives for leverage”, thereby boosting “imbalances” in the US financial system.

She said it was “vital to use macroprudential” tools — meaning rules designed to curb risks — “as well as standard prudential tools as the first line of defence in order to allow monetary policy to remain focused on achieving maximum employment and 2 per cent average inflation.”

Mr Kashkari, who has called for higher capital requirements at large banks, said the financial system needed to be “fundamentally more resilient, both [in] the banking sector and the non-banking sector” during a period of turbulence like the current one.

“For me, monetary policy is a very poor tool to address financial stability risks,” he said.

Although no big regulatory changes are expected in the near term, the debate over tougher financial regulation could gather pace if Democrat Joe Biden wins the White House in November, making the political environment more favourable towards action.

Michael Barr, the dean of public policy at the University of Michigan business school and a former US Treasury official under Barack Obama, said: “You want to make sure that you’re using all the tools you have on financial stability, so that you don’t put the Fed in the position of cutting off growth.”

So far, the top officials at the Fed, including chairman Jay Powell and Randy Quarles, the vice-chair responsible for financial supervision, have signalled that they were comfortable with the central bank’s regulatory posture leading into the Covid crisis, reckoning that banks were healthy enough to survive the shock of the pandemic and support the US economy.

The Fed has been examining the turbulence that unfolded in the US Treasury and short-term funding markets in March, leading to a hefty rescue from the central bank, to see what fixes might be warranted.

The central bank has also capped dividend payments and banned stock buybacks at the largest banks to the end of the year, though Ms Brainard — a possible Treasury secretary in a Biden administration — argued that this did not go far enough and a full dividend ban was warranted.

Other Fed officials, however, argue that the tougher financial regulation being considered by the central bank could curb the ability of banks to dispense vital credit and reduce market turmoil in times of crisis.

Mary Daly, president of the Federal Reserve Bank of San Francisco, this week told reporters that she did not see much connection between loose monetary policy and financial risks. During the Fed’s rate cuts of 2019, which were triggered by trade tensions, financial stability concerns were raised but never materialised, she said.